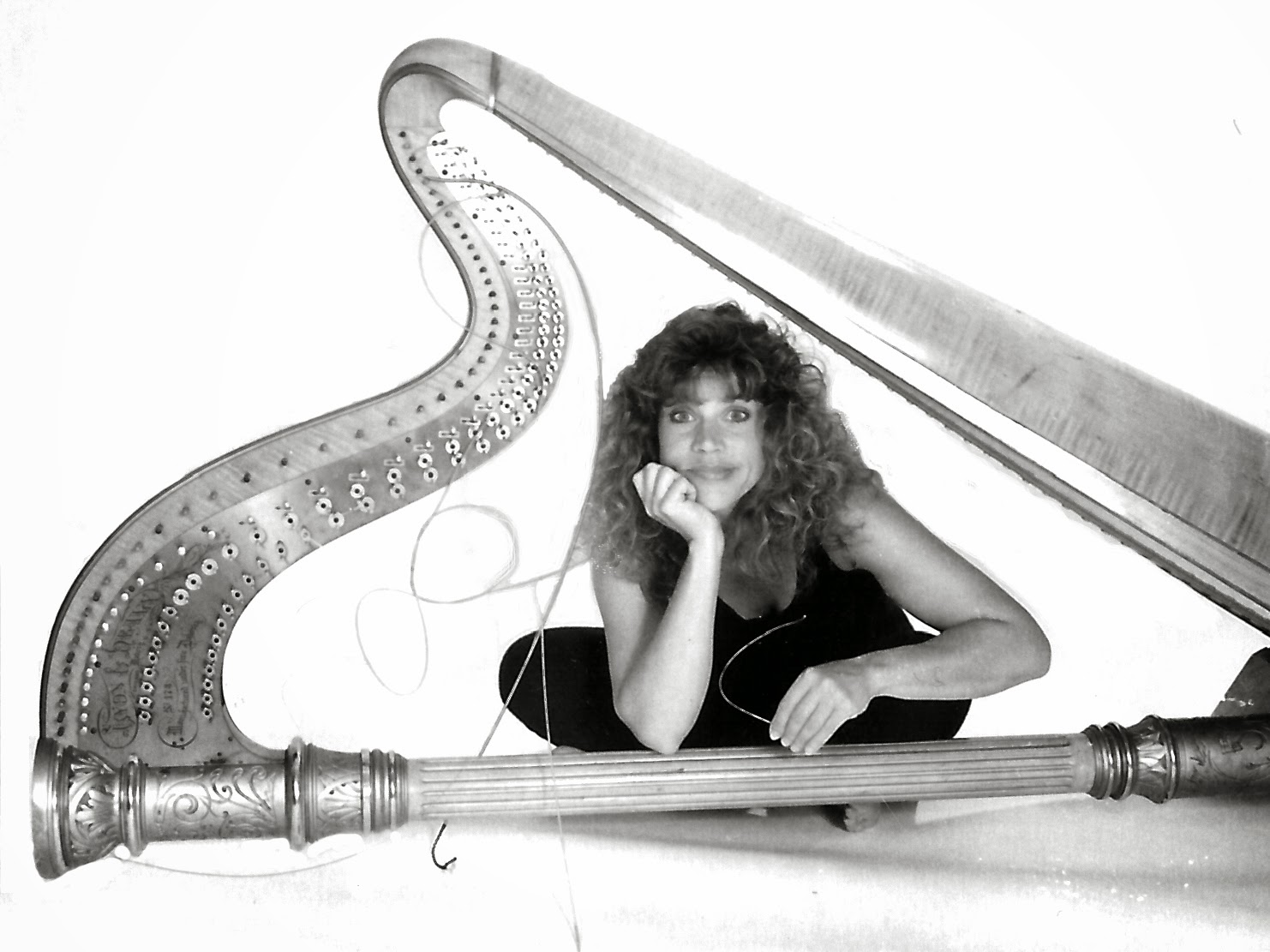 Lori Andrews is a gifted and energetic performer who takes the harp beyond tradition and into the elements of jazz, fusion and R&B. Having 8 CDs to her credit, she has performed for Presidents Clinton and Ford, and the King and Queen of Spain, and has entertained a list of celebrities including Barbra Streisand, Frank Sinatra, Oprah Winfrey (50th birthday) and Clint Eastwood (full list below).

Backing entertainers including Richard Dreyfuss, Helen Hunt, Ashley Judd, Anne Heche, Kate Hudson, Jennifer Garner, Marisa Tomei and Charlize Theron, the Lori Andrews JazHarp Quartet is the house band every year at the Academy Awards Technical Achievement Division which is the evening that the first Oscar Award of the year is given, playing award recipients on and off the stage. Lori's TV and movie appearances include: Beaches, In the Line of Fire, The Tonight Show, Mambo Kings, Drew Carey, Ally McBeal and MAD TV.

"Lori has a unique style that captures the appeal of any audience. Hearing is believing!"
-Scott Yanow, editor All Music Guide to Jazz 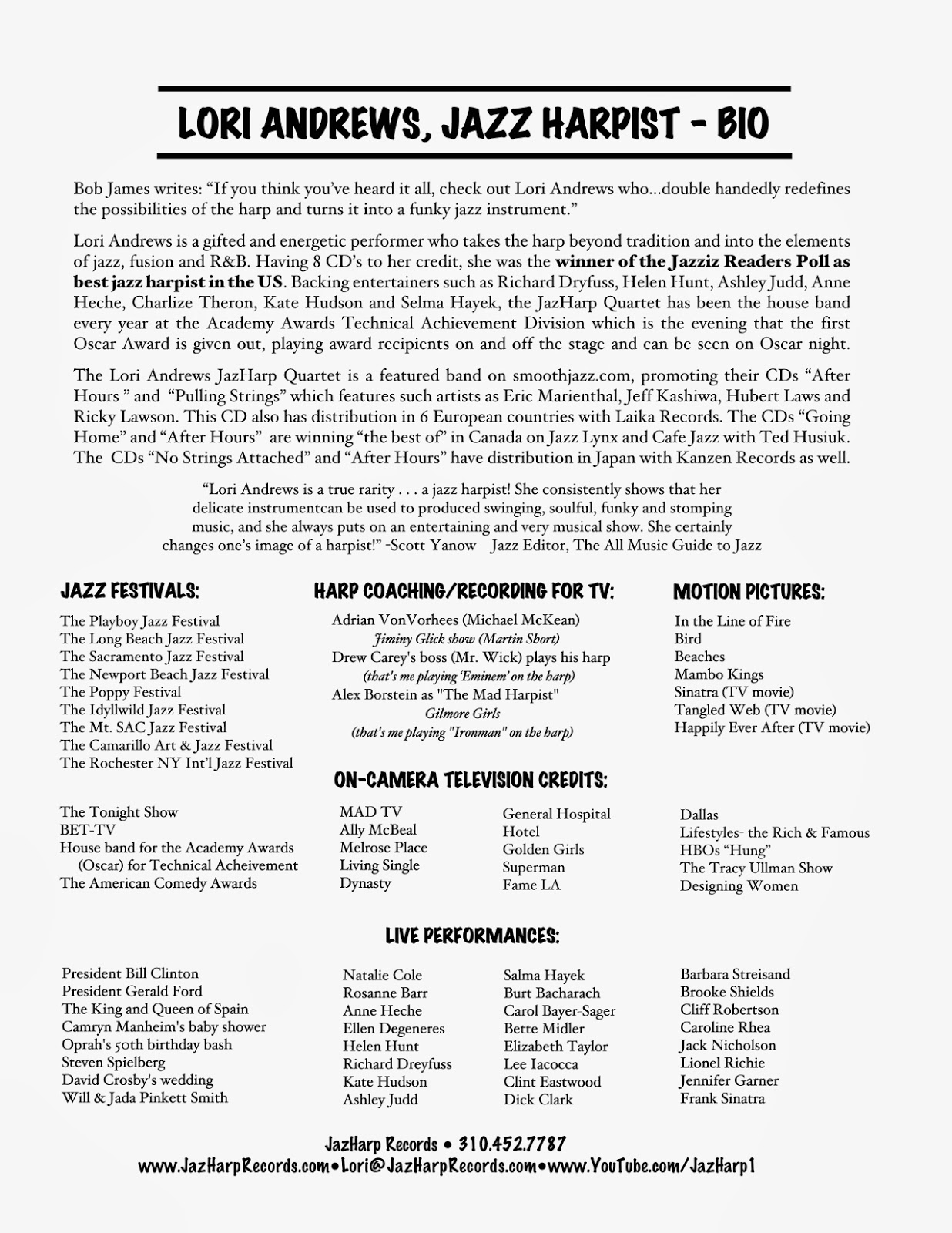 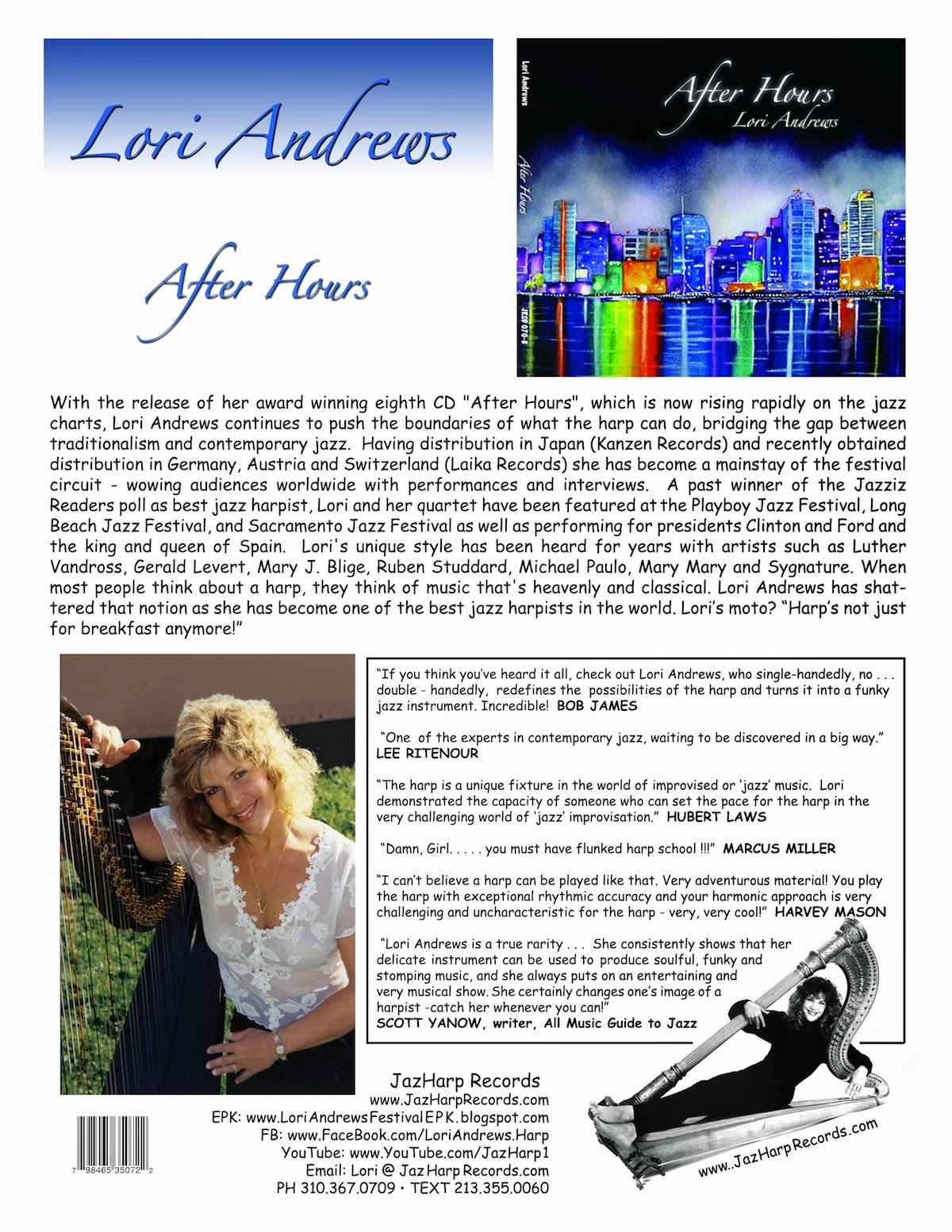